When I switched from my old Buell Ulysses adventure bike to the Brammo electric sports bike, the idea was that we’d hire a bigger bike occasionally for going longer trips (the Buell having seen us round both Wales and Scotland, not to say countless runs around the Norfolk coast). But in practice we didn’t do that, and we didn’t just miss the epic trips, the Brammo, as fun as it is, doesn’t even allow us midrange trips without logs of logistics around charging. So in the end we only ever were going out around the local countryside on the Brammo.

Thus, somewhat accidentally, we’ve now ended up with a new KTM Superadventure S 1290 adventure bike, so that Laura and I can go touring and exploring again. 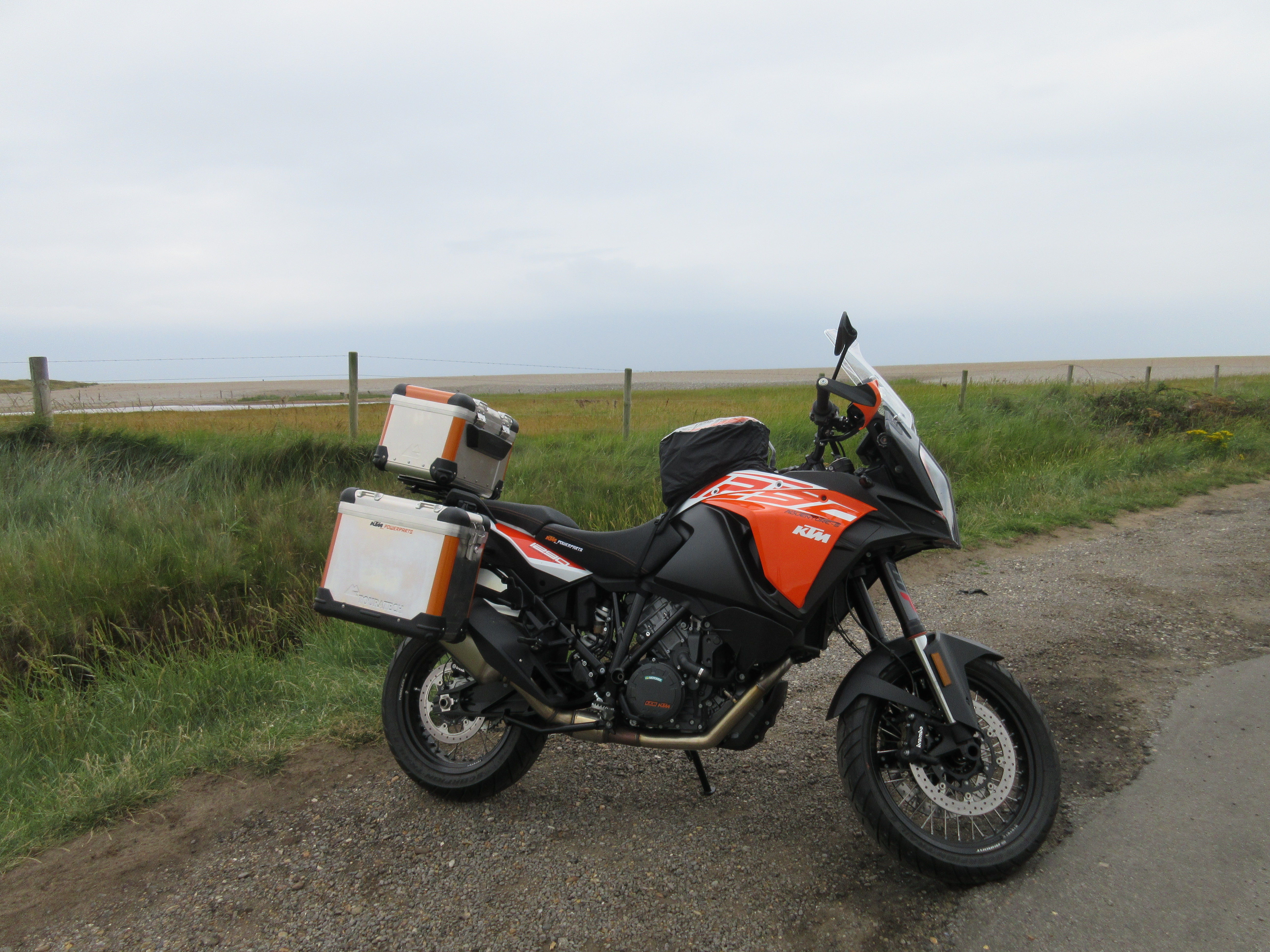 Similar to the Buell, the KTM stands out in having some amazing engineering aspects to it. The dash is just a single TFT display, similar to an iPad mini in size, that lets you control everything you need. It has switchable engine and suspension dampening modes, that let me instantly move between touring, sports, town, and off-road optimised configuration. This may sound superfluous, but in the rain being able to drop the power and smooth the throttle is wonderful on a bike that can also do the fully loaded two up touring without breaking a sweat. I can tell it whether I have a pillion and/or luggage and it’ll similarly adjust.

Having done a weekend tour around Norfolk to complete the run-in interval before the first service, we can happily attest it makes a great touring bike. The functional but not pretty aluminium boxes are particularly nice. Most side boxes are side loading, whereas these are top loading, which is much more convenient, and you can fit a helmet in two of the three boxes. We also have fitted bags for the two side boxes which makes rocking up to your day’s destination and unloading a breeze.

I can also attest, despite being somewhat large as bikes go, it does off road, and I took the heaviest and most expensive bike I’ve ever owned for my first go at green lane riding: 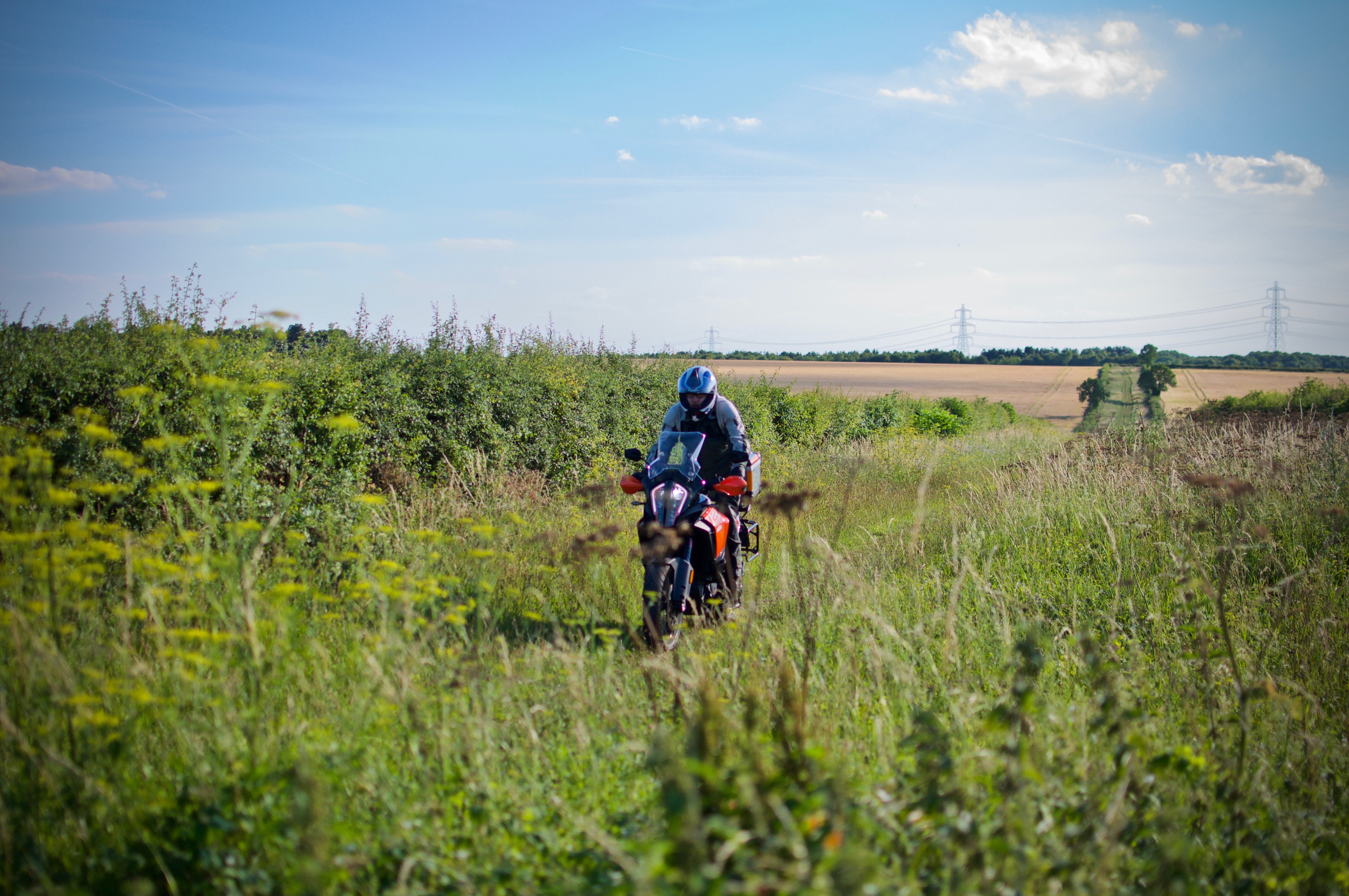 My friend Wil from work is an experienced green lane rider, often commuting into work along these lanes in his BMW 1200GSA which he makes look like a wee 125 given how effortlessly he flicks it around, and he took me along his usual route so I could try the KTM in its other natural habitat. It was a lot of fun, and a lot of effort – standing up to ride offroad is not something I’m practiced at, and I suspect my technique is all off. But it was great, and the bike was more than happy despite its size and weight – though I think I’ll save up for some crash bars before I do another such excursion :) But it did enjoy it, and have signed up to be a member of the Trail Rider Fellowship that promotes sensible and sustainable green lane usage by motorcyclists. 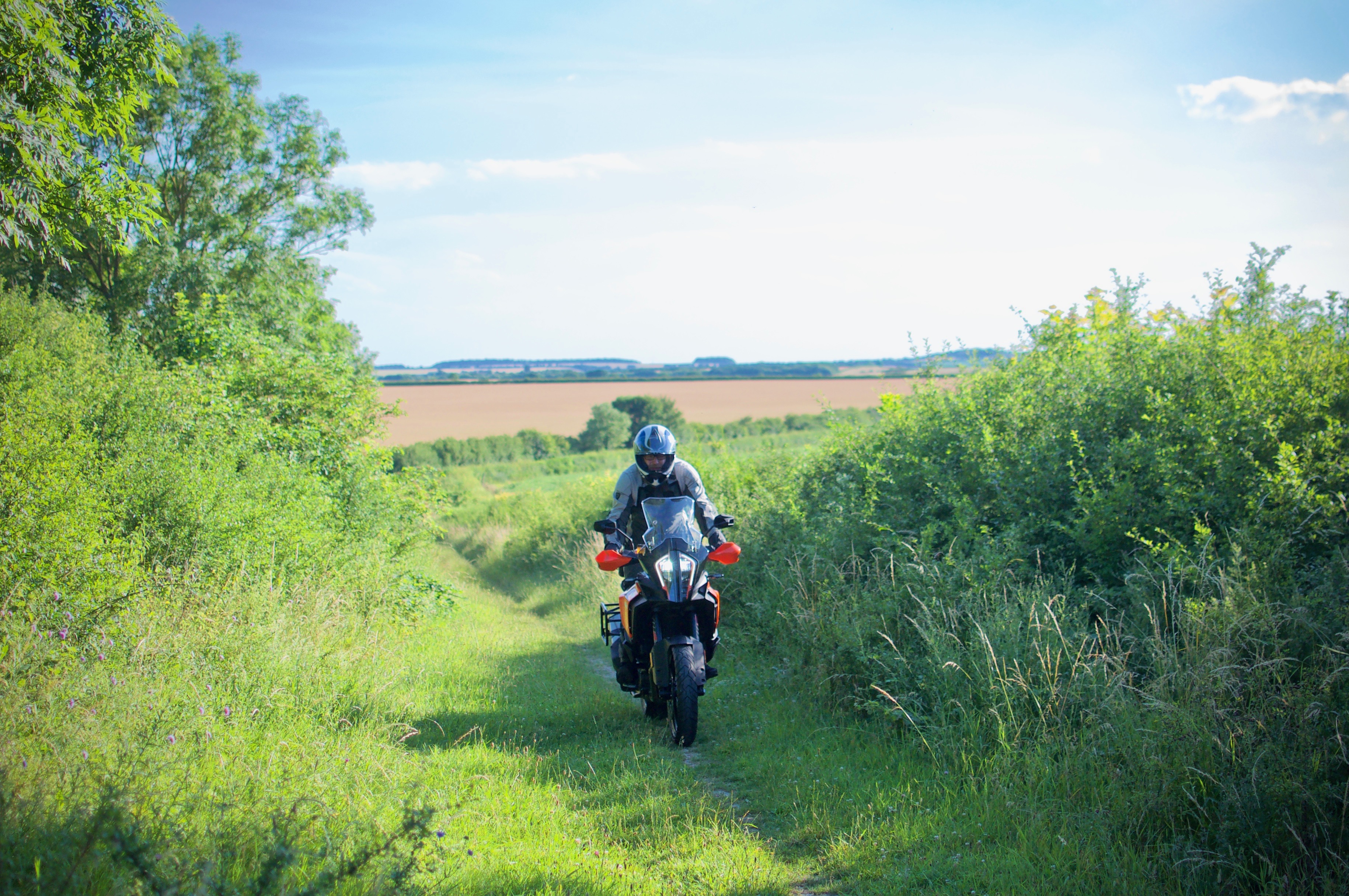