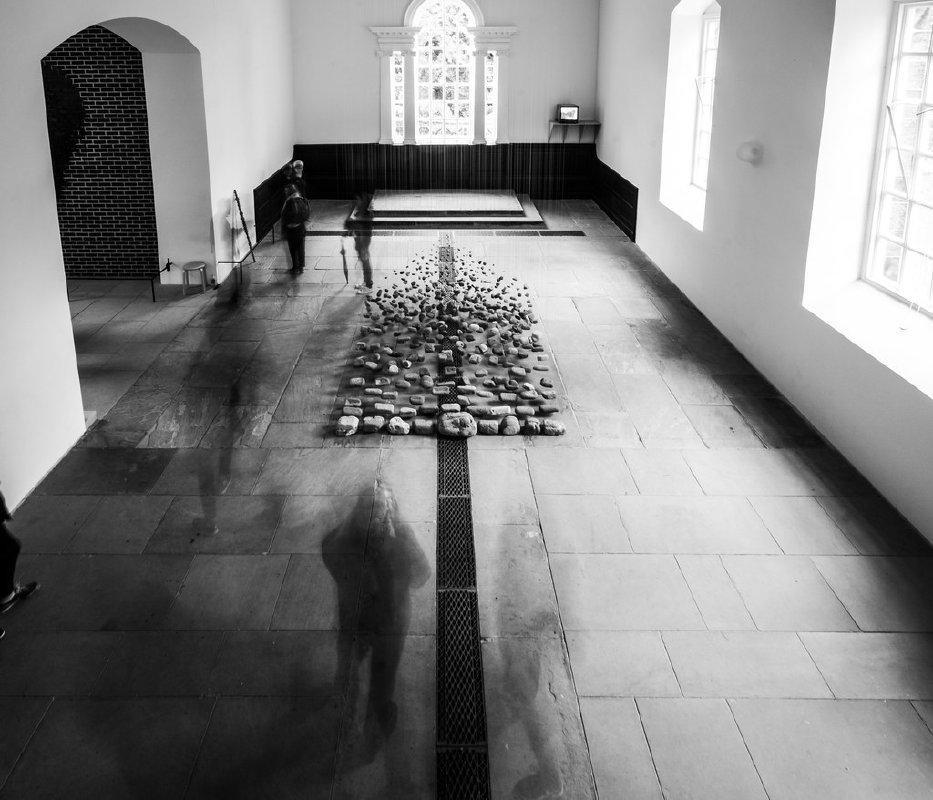 
This is a picture taken at the [Re]construction installation at Yorkshire Sculpture Park back in 2017. This was my attempt to capture the visitors as they observed the wonderful suspended bricks (follow the link to see a better version of the art itself - unfortunately they don’t say which artist did this particular piece which was my favourite).

Thanks to Lightroom for saving this image somewhat. I didn’t have a tripod, so I was resting my camera on various surfaces to try and get a steady shot, and this one was the best, but it had to go through quite a bit of auto alignment to make it not crooked, and I had to tweak the curves to get the ghosts to appear, as they were originally very faint. I normally try to shy away from such heavy processing (not out of snobbery, just I’m not good at pulling it off), but here I think the story told by the final image justifies the effort.