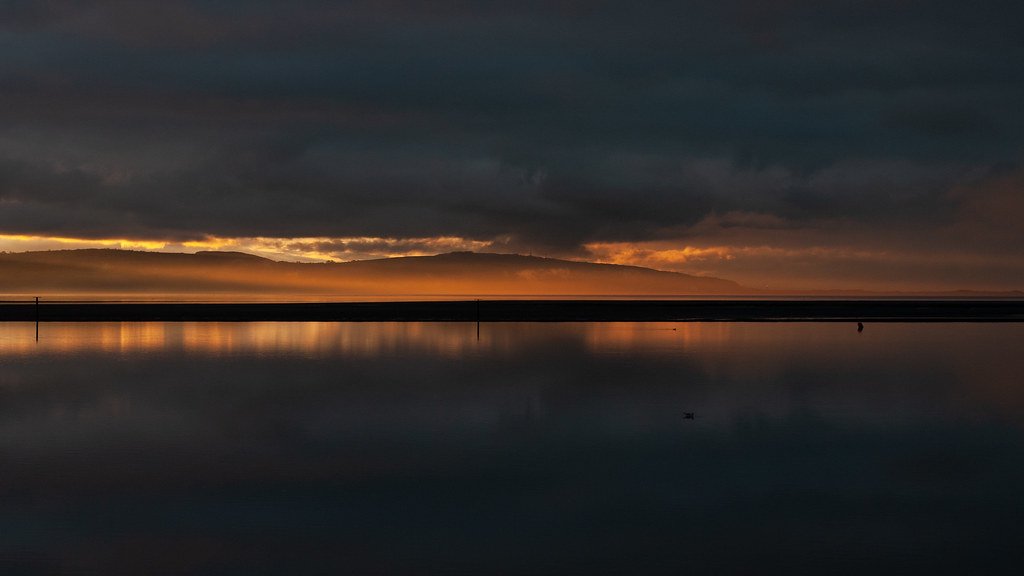 
Another sunset picture, taken a little after the one I posted a few days ago. This is actually straight out of camera, other than a little level adjustment - that Digital Rebel may not have had the best sensor, but it certainly had its moments.

I just realised in fact that the the reflected waterfront houses shot I posted last week was also on the same day (and I uploaded a fourth one at the time, where unfortunately I don’t have the original edit anymore due to Aperture going away). I think I’d been given the 50mm f/1.8 as a gift from Laura’s parents for xmas the day before (a few days early, as we were at my parents on actual xmas day that year) and so this must have been me out playing with my new toy.

My only complaint about this image is the lack of pixels. Ideally I’d have cropped it in a little tighter, heading towards the xpan style aspect ratio, but when zoomed in that close you can start to see the limits of the sensor. But otherwise amazed I got this shot and it just sat there for so long!