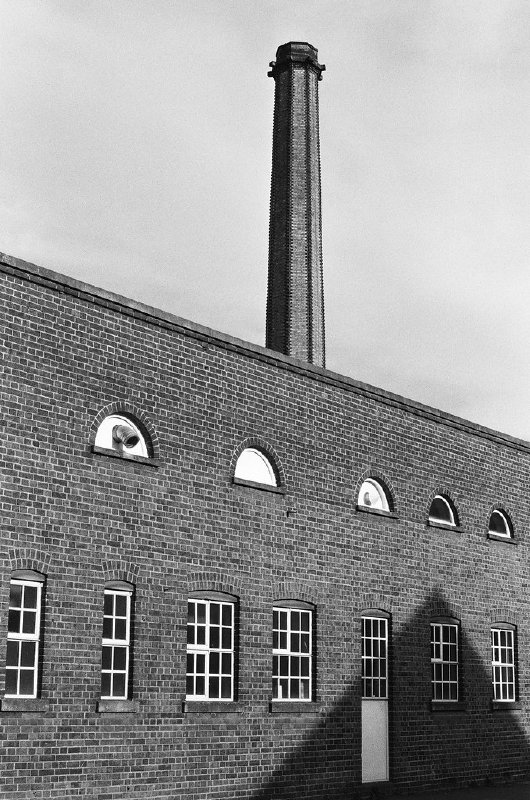 
This is part of the Department of Engineering at the local University. Cambridge is full of these grand old scholarly buildings and has its share of modern glass/metal buildings too, but nestled between them is this part of the engineering department from a time between. Presumably from a time when researching engineering meant big heavy machines - alas my little bit of research failed to turn up a construction date, just that it was named after a significant former head of the department.

I like this photo as the building is somewhat lost in context with its older or shinier siblings. Here, in isolation, you get to see it has a beauty of its own with the strong lines and geometry. Also, despite presumably getting on for a century (if not already) it looks remarkably clean and well kept for a building of this style.

Update: Turns out that, thanks to my partner who is an alumni of the Department of Engineering, we have a copy of “Cambridge Engineering: The First 150 years” by Haroon Ahmed, from which I learned that the Inglis building was constructed in 1922, making it almost exactly a century old.

On the buildings functional design, apparently Charles Inglis wrote when planning the building that would later be renamed in his honour, because the site was screened from the town side by a row of fancy terrace houses “the new buildings can be simple in character and no money need be uselessly expended in architectural elaboration” - function then did indeed dictate the form.