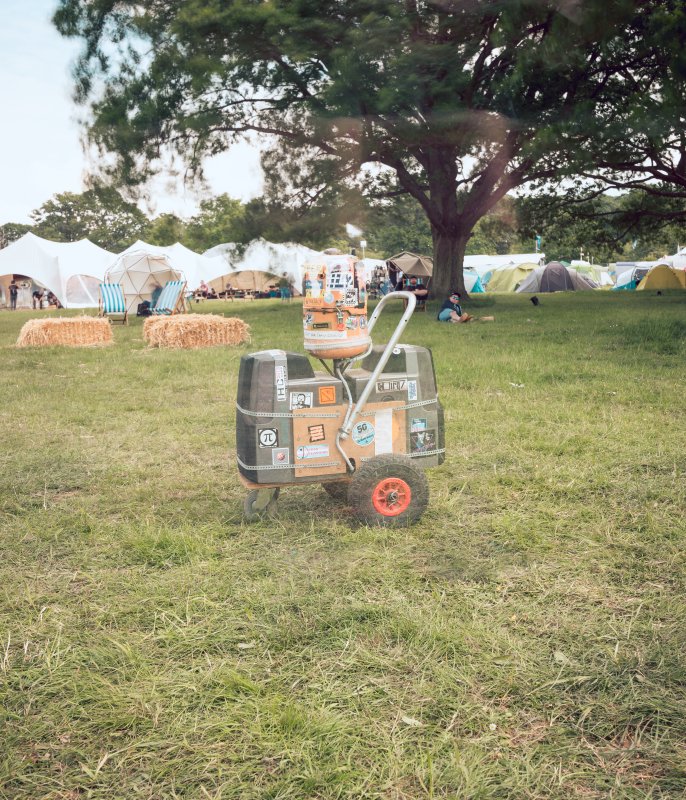 
It’s always nice to be back in a field with World of Techno.

World-of-techno has wheels, but can’t move itself. It plays techno that is automatically generated based on the GPS location. So the way the robot moves is passers-by keep pulling it around to get it to play different tunes, and this way it’ll appear all over the festival site as the weekend progresses.

I tried to capture the spirit of the robot by taking a long exposure and having Laura then move it away, so we’d get it there and not there, and ideally some movement, but that turned out to be quite hard. Most pictures it was too faded, or (like this one) not faded enough. And the movement was too fast to really notice - you can kinda see it being dragged off stage-right, but only if known know to look for it. So a failed experiment, but some lessons learned, which is EMFCamp in a nutshell really.