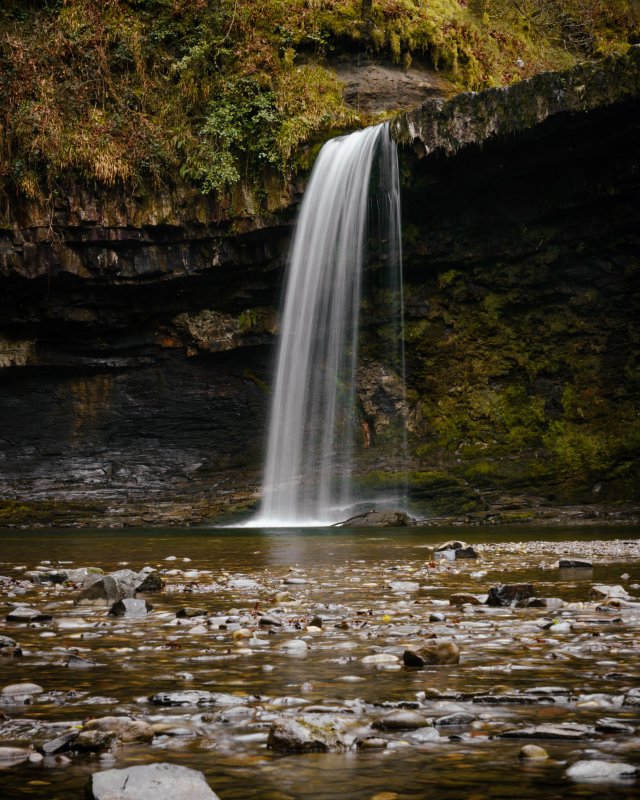 
Another waterfall from our walk through Waterfall Country in the Brecon Beacons. The one I posted yesterday was the last one we saw, and this was the first. There were several in between, but these are the only pictures I think worked well.

Compositionally I think waterfalls are quite tricky. This is quite a straight shot, but still I had to work something into the foreground to lead you to the main feature, and use the leading line of the shelf over which the water pours to get some sense of movement to the scene.

Even then, this is quite a vanilla shot, due to the other challenge of composition: just getting a position to take the shot! Everything was very slippy here, and I had to slightly wade out to where I was as that was less treacherous than trying to clamber on the stones you see. I know the A7RII is weather sealed, but I really didn’t want to see how it faired in the river :)