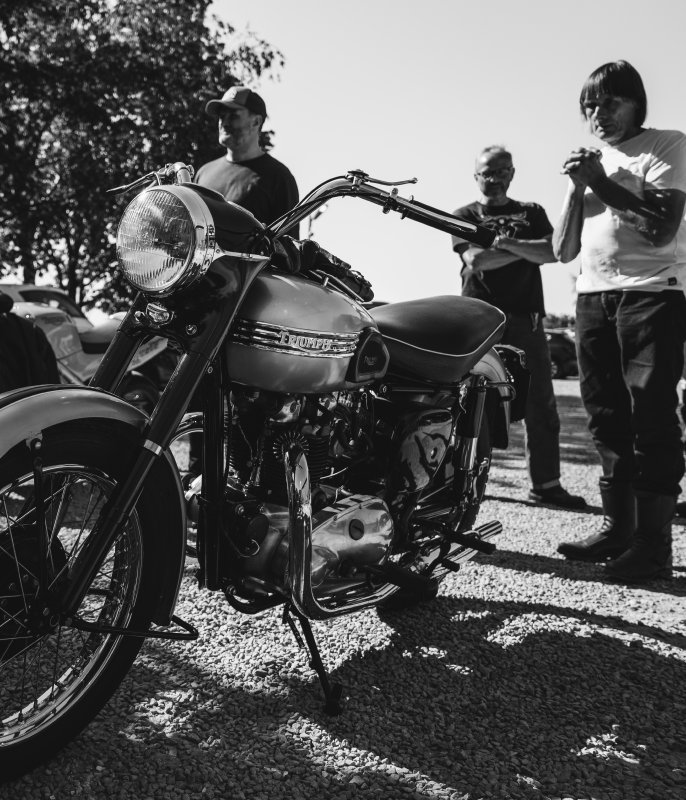 
Another shot from yesterday’s 120th anniversary Triumph event at Hot Numbers coffee roastery. There weren’t that many bikes whilst I was there (though I was there quite early), but those that were there were lovely older bikes in general.