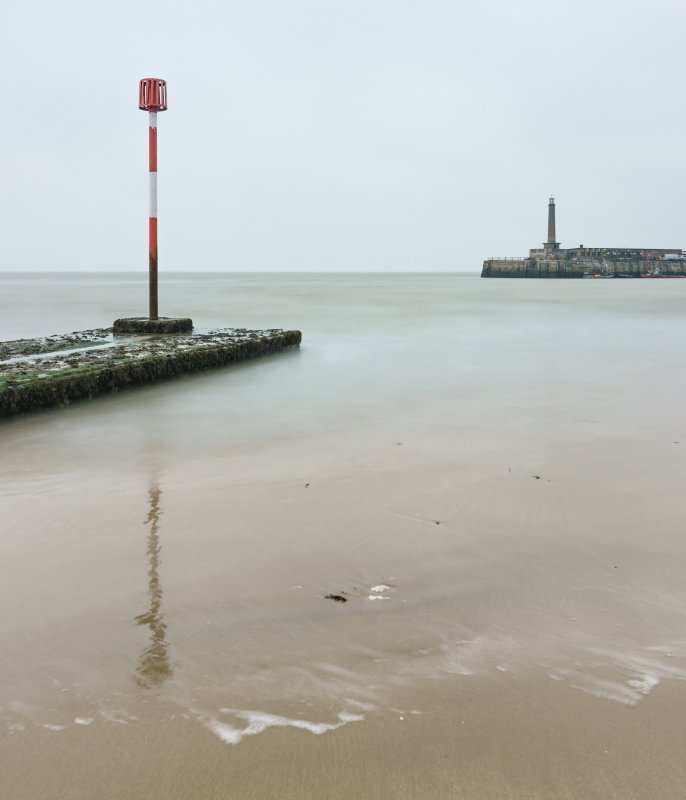 
A long exposure taken down at Margate beach as the tide went back out. I was inspired to try something like this after being a fan of My Beady Eye.'s work. None of my shots really worked out, but I learned something in the process.

For instance, it was quite windy, so 30 second exposures are not ideal. Unfortnately all I had with me was an ND1000 filter, so 30 seconds was my only option, and I still had to boost things in post. I should also probably have stepped back and put my lens to 70mm rather than got close as I did and shot at 24mm. I'm just a sucker for wide angle, but I think here it worked against getting both the lighthouse and the post in some kind of visual relationship (or at least having both sharp).

Still, it's only by trying one learns these things.