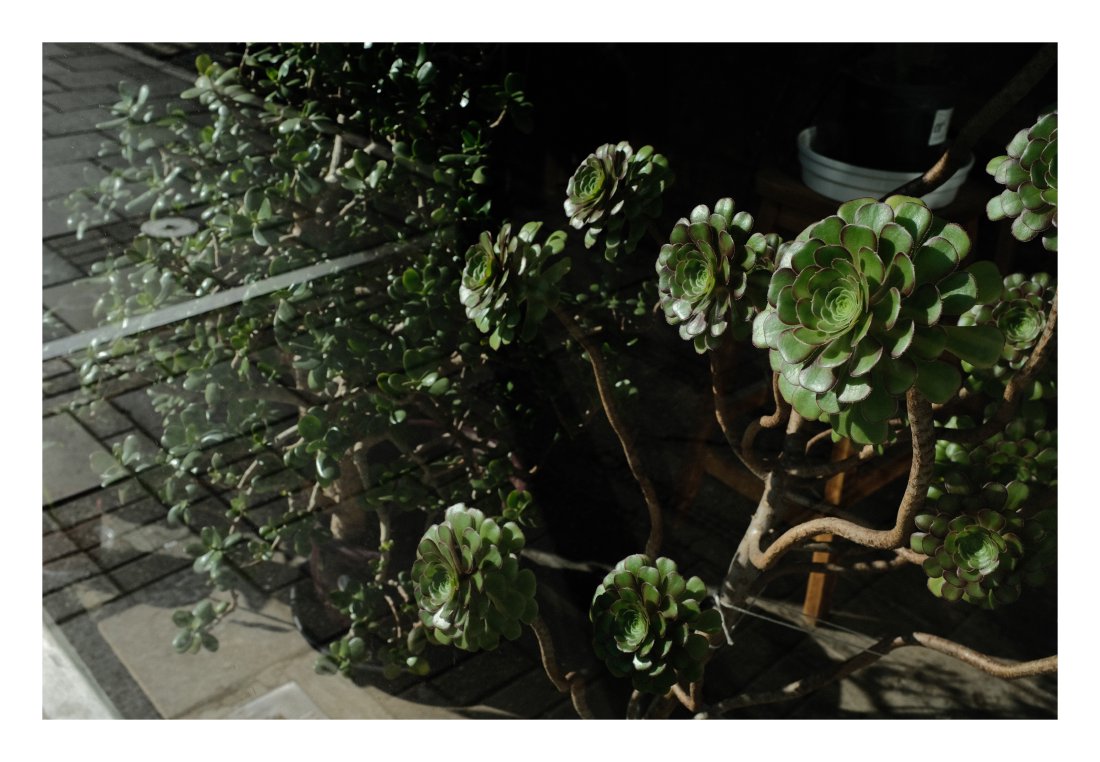 The succulent and the street


I liked the dark shadows in the windows of this show that let me see the street reflection, which created a nice contrast between a plant that feels like it’s from the opposite world, but a world equally sunny and arid.

This is a JPEG straight out of camera, using a film simulation (I think this one but the camera really doesn’t make it easy for you to check after the fact). Border added in post, as I think without it the image is a bit lost on Flickr’s default dark background.

I really have fallen out of love with the X100F. I took some great images with it over the pandemic years with this camera, but now I struggle to get into the zone with it, as I’m always second guessing what I’m shooting. I want to use it to take more straight out of camera shots, but the EVF I find very misleading in terms of brightness and contrast, and the OVF lacks any focus guidance without jumping into focus peaking briefly, which I find distracting from composition. I suspect if I gave up on trying to get JPEGs and go back to just using raw from it I might find that works better, but part of the lure of this camera is the built in simulations that would lead to less post processing.