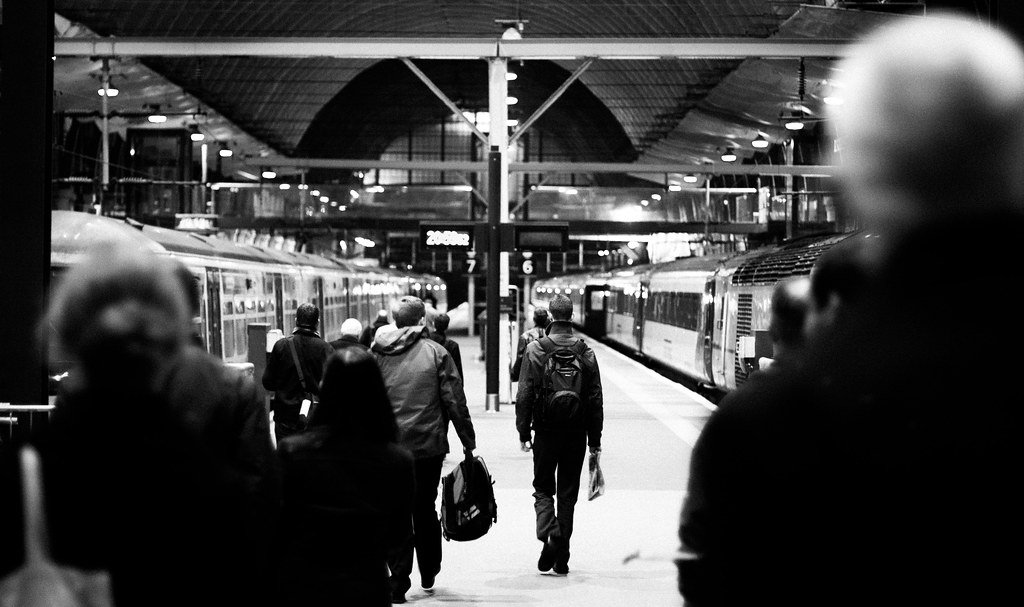 The rush for the late train home


Back in 2011 I was working in London doing contract work for a gaming company, and that would meant I had to get familiar with the ebb and flow of the train crowds as everyone wants to get to the train as soon as possible to not be standing. I loved my time working for that company, but also this scene and many more like it is why I’ve since generally refused to work in London whilst living in Cambridge.

This isn’t the greatest shot - it’s another one from my processed rejects pile from the 365. In particular the lines are all a bit wonky, but I do like the sense of being in the crowd.

I was actually trying to see if I could recreate the process I used back then in Photoshop (using a long since lost recipe) in Lightroom - I do have a processed version to compare it to from back then. I didn’t get that close, but I liked the black and white look, and the image reminds me of that time well, which is why I picked it for posting now.