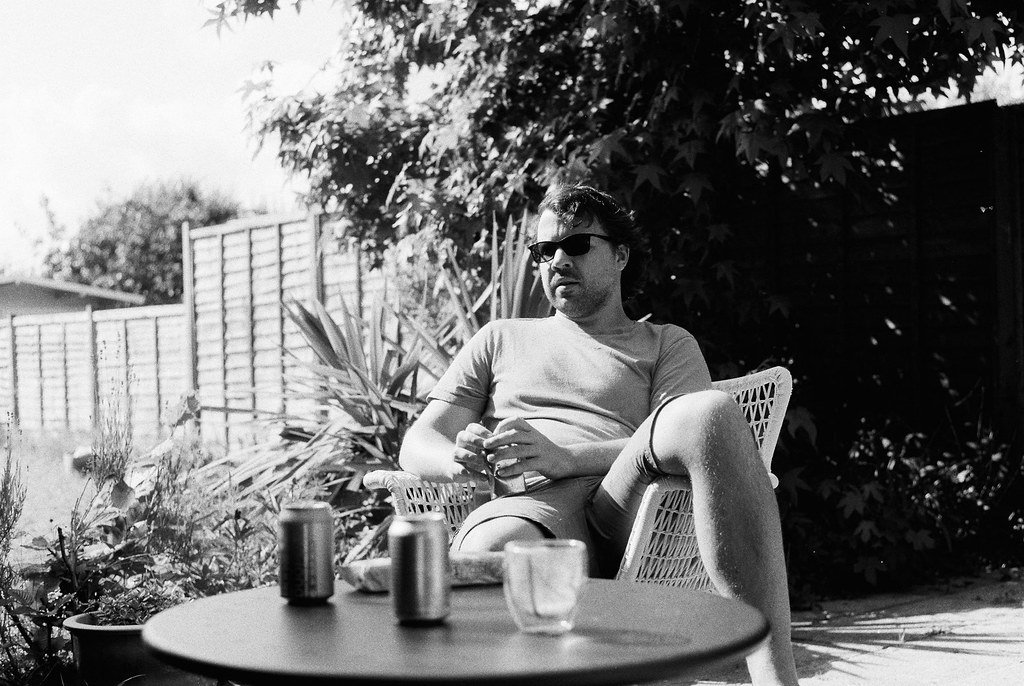 
As a way of trying to become a more conscious and deliberate photographer I picked up cheap fully manual film camera from ebay. Given it had come from an unknown source, I ran through it a roll of the cheapest film I could to let me test it for light leaks, and given it was lockdown I have a lot of random pictures of the garden. Thankfully all the shots turned out okay.

Of the roll, this picture of when Sam visited is by far my favourite. I guess it represents an unusual scene from the last 100 days - we met a person socially. But also I think the film contrast captures the sunny look well. The film, Kentmere Pan 400, really seems to go high contrast in the bright light, which at times is troubling, but I think worked well here.