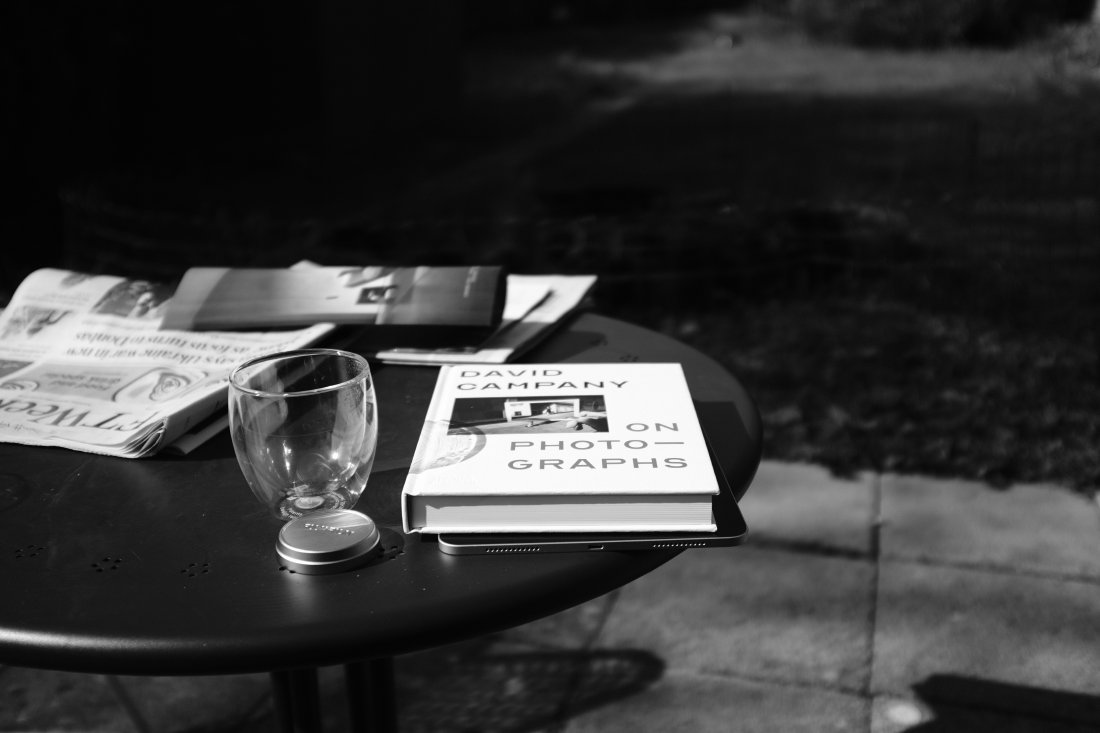 
A lazy start to the day reading this book I got for my birthday over coffee.

It’s also a shot of me trying to work out where/if the Fujifilm X100F fits into my camera line up now that I have a 35mm lens for my Sony.

I never jelled with the X100F as much as I hoped. After putting it to one side for a while, I think that as a regular digital camera it is a bit surplus to requirements. So I’ve spent some time trying to make it more of an analogue camera (which I know a lot do with this camera): I’ve switched to just using the optical view finder, manual focusing, and restricting myself to one colour and one black and white profile. Ideally, I’ll work towards using the JPEGs where I can - like this picture, which is straight out of the camera.

I’ve never got on with the EVF on this camera, which tends to have much higher contrast and brightness than the JPEGs once out, so switching to the OVF with one well understood set of colour profiles might make this camera something that leads to present surprises when I see the final image, rather than slight disappointment as it has often been.