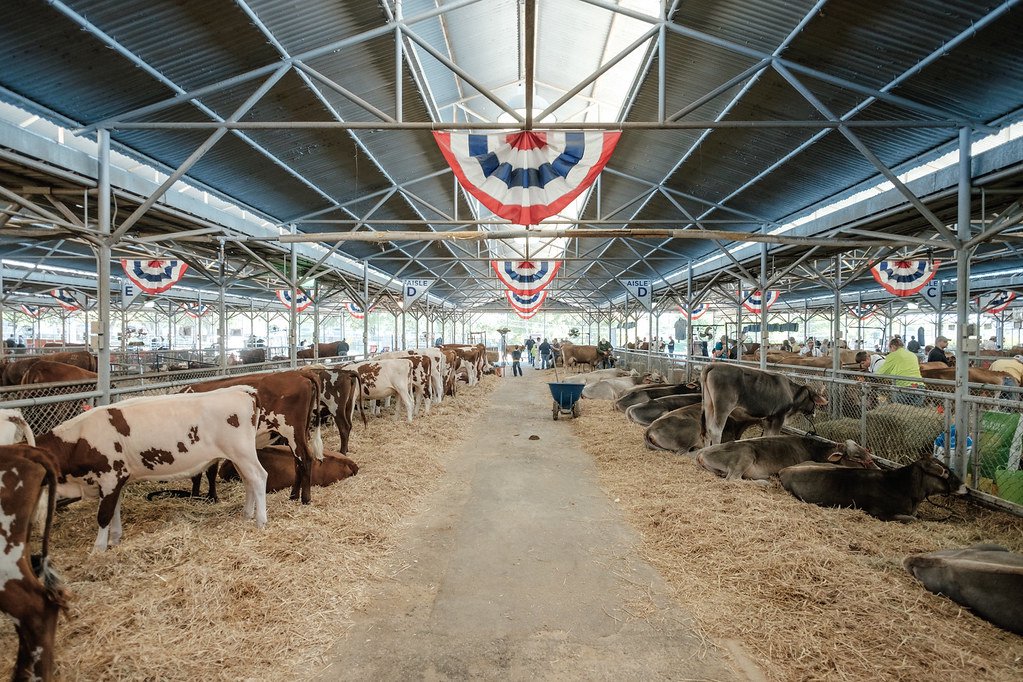 
It’s not often I see cows being vacuum cleaned, but that was a fairly common occurrence in the pre-show pens at the Texas State Fair.

This is another one where I like the composure (basically I like symmetry) but the shot is somewhat let down by my not thinking about apeture properly. It was a bit dark in here, but I should have gone for higher ISO rather than wider aperture.