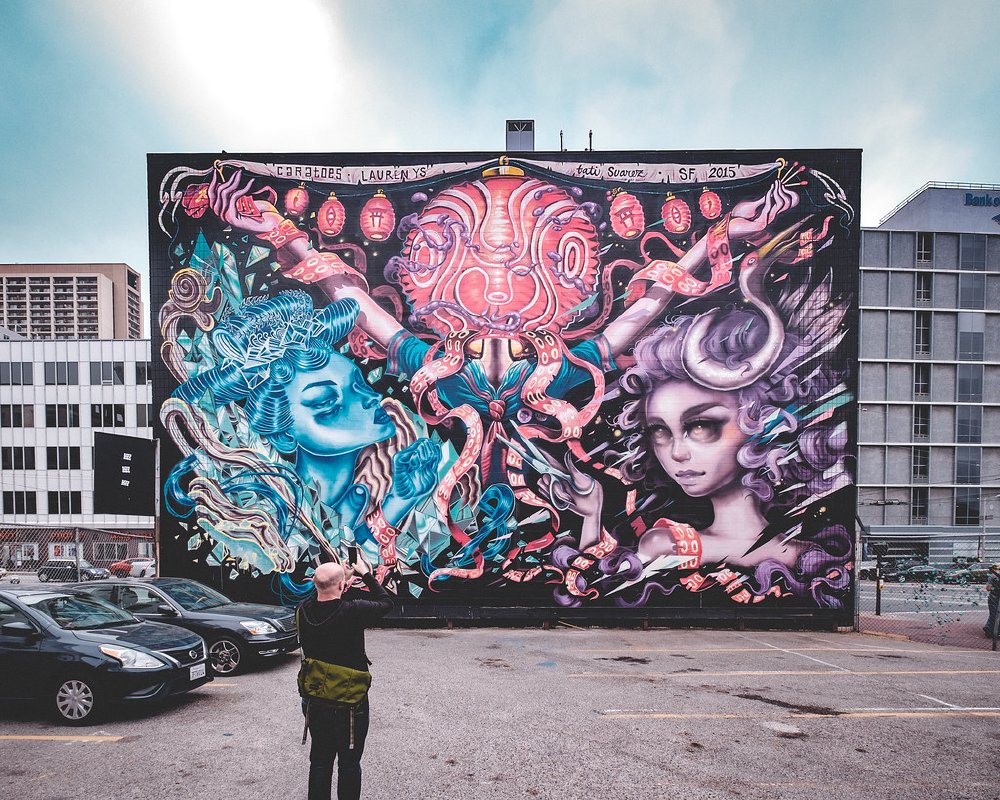 
Another regular trope of mine, that of photographing people taking photos. It rarely works out as it’s quite hard to capture both the subject and the subject’s subject in a way that tells the narrative of the moment. This one is not too bad, but it’s almost easy to miss Andy here as he’s dwarfed by the mural.

San Francisco’s mural game is strong, particularly compared to where I live (though Cambridge has an entirely different aesthetic strength to it obviously). I always enjoyed going mural hunting when in and around Mission (technically just outside here).