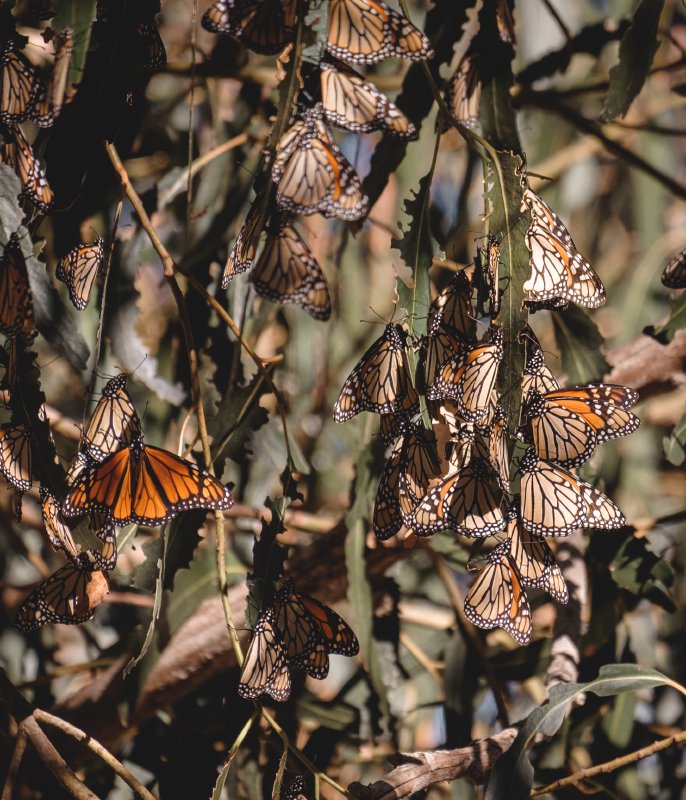 
We hadn’t planned to drive as far south as Pismo Beach, instead we were going to turn back north after our stay in Morro Bay, but we caught a flat at the start of Big Sur, and so needed to head to the nearest Avis place to swap our car for one with one not running on a spare, which meant heading further south to SLO.

However, we were up and about before the Avis place opened, and we had heard that we were at just the right time to see the Monarch Butterflies at Pismo, so we headed over. When we first found "the tree" we thought we’d missed the butterflies, as it wsa just covered in dull brown leaves. But then the tree rippled, showing the bright orange to reveal that what we thought were the leaves was in fact thousands upon thousands of butterflies. It was quite amazing.

I’m sad to hear that the Monarchs’ numbers are not doing well now, but if you are in the area at that time of year, I’d recommend going to see if they’re still there, as they are a sight to behold when gathered in such numbers.