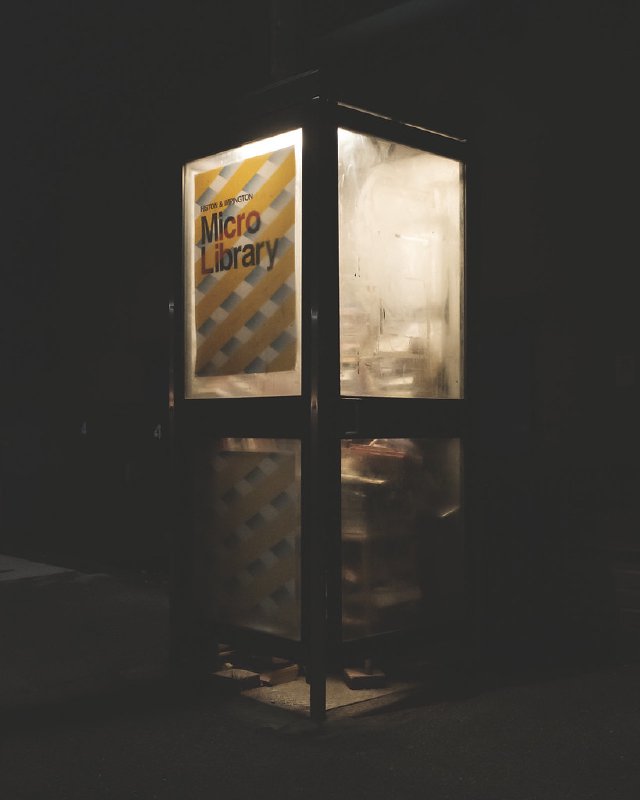 
I was trying to describe our village micro library to a remote friend, and I figured the easiest way was to take a picture.

I was inspired to shoot this at night by a recent photo I saw of a Canadian phone booth by Kyle McDougall, though this isn’t a patch on his. This ended up being a bit of a labour of love to edit, as the office behind had left their lights on over the weekend, which caused a very distracting light source - trying to remove those I had Adobe tools crash on me several times. Who says digital editing is the easy way out?

The light here doesn’t spill out the box as much as I’d like, but the background is more distracting than scene setting, so I opted for a darker view than I’d envisaged.