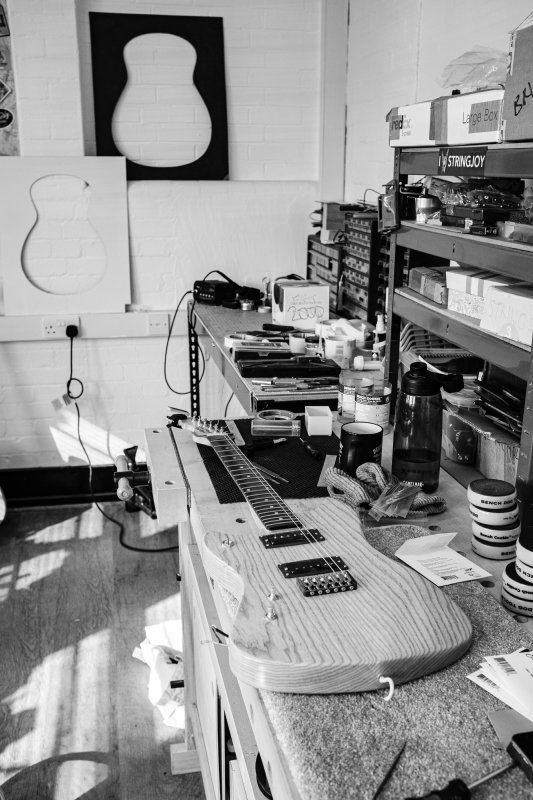 
Over the last few years I’ve been building guitars part time, though the pandemic put all that on hold. I’ve been trying to restart that now, and have moved into a new workshop shared by two local luthiers. In the before times I made a series of commissions that were close copies of existing guitar models; the guitar on the bench is somewhat special in that it’s the first guitar that is entirely my own design.

I was encouraged to try take more photos of the building process, which is something I struggle with, as this sort of thing requires a lot of focus (at least for me), and so it’s rare I think to go into photo mode, which also takes focus. But I’ll try remember to take my camera in more often.