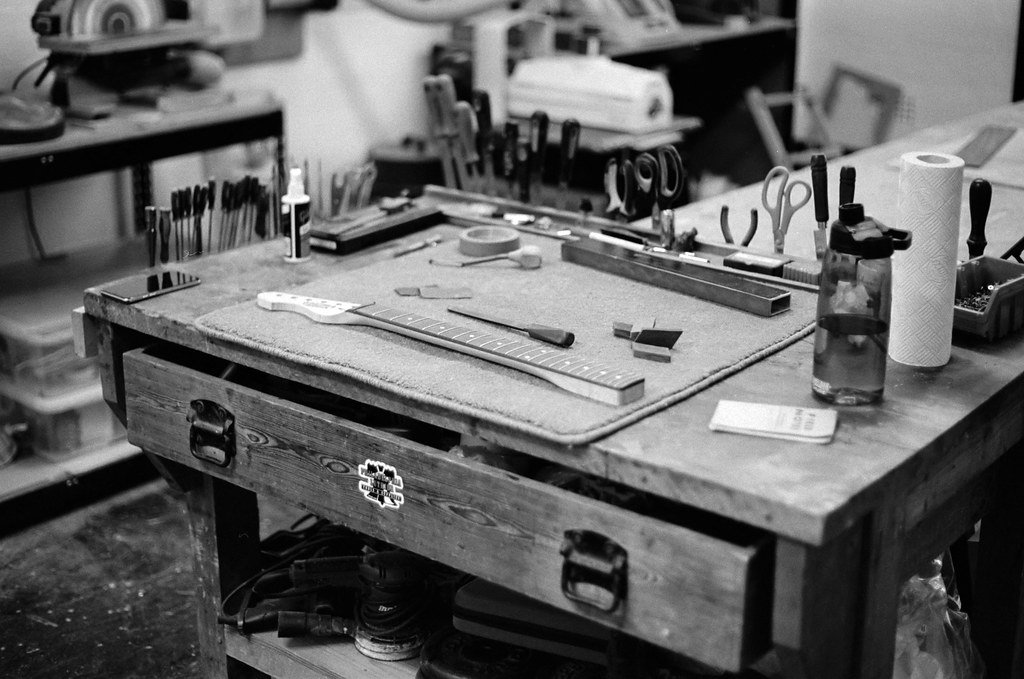 
Pandemics aside, which has stopped me getting into the workshop, I’ve spent the last few years learning how to build electric guitars, and have even been fortunate enough to have some people commission builds from me. I’m now trying to slowly get back to that process as the world opens up again.

I like to mix both the very traditional woodworking skills with the modern maker community style making - for instance I have some code to generate a fretboard layout template that I then laser etch onto the fretboard before then using a traditional fine Japanese hand saw to cut the fret slots just the perfect width for me to press the frets in.

In a similar vein I’ve really wanted to start using film photography to capture the build experience, but in the last workshop I was in it was too dark for the lenses I had even with ISO 400 film and at F2. Here I actually had to take down the exposure half a stop in Lightroom, so I suspect the new workshop has enough lighting that I can try documenting the next build that way.