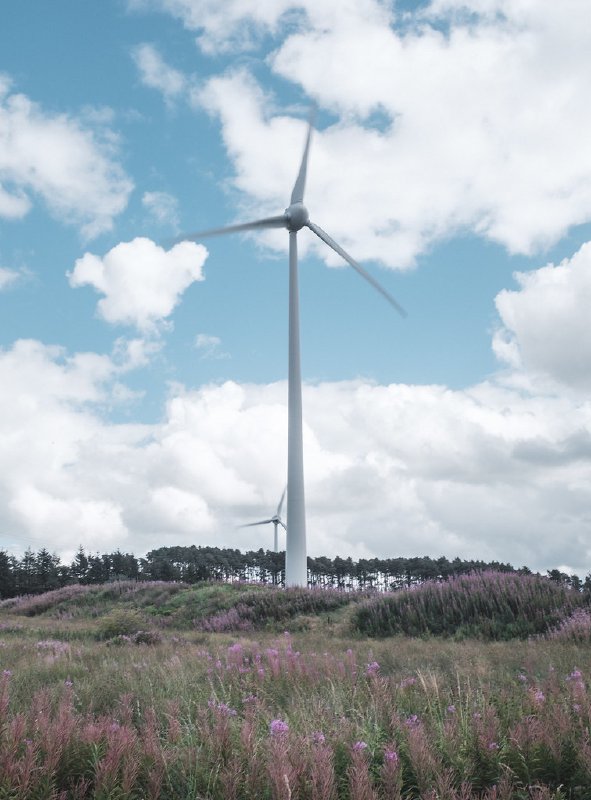 
Rather than just blasting down the main trunk road connecting Glasgow to England, I took the side road instead, having spotted lots of wind turbines along the route, and it’s something I’ve always wanted to photograph more.

Unfortunately early on in this endevour my tripod broke (it is now fixed!) so I didn’t get many shots unfortunately, but at least I know the area for next time. I’m quite frankly amazed that this shot worked given I was hand held at 1/30th of a second. The built in ND filter on the X100F was enough to let me just get a bit of motion here, which is what I wanted.