I noted a while ago that I recently got myself a camera with a fixed 23mm lens on it, as a way to try prevent me leaving my camera at home due to fear of not having my many lenses with me. In my head I like to think I could just leave the house with my 35mm prime, as that a lovely lens that has been my preferred focal length for a long time.

That 35mm lens on the cameras I use is effectively the same focal length as human vision, and so is a good lens for documenting interesting things you happen across, which is probably how you could politely describe what passes for my photography style. For example, this Skateboard parked up in San Francisco, California: 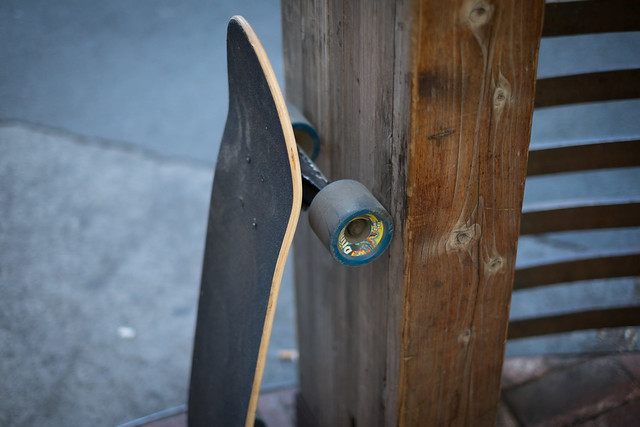 Or this chap waiting for the train just down the road from that last picture in Mountain View: 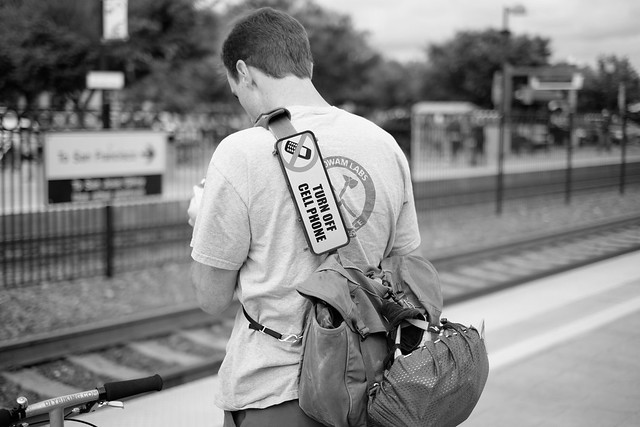 However, I’ve been processing a lot of old photos during lock down, and now I realise why I struggled to leave my lense collection behind – my 12mm wide-angle lens gets more use than I give it credit for. It’s a bulky lens and one that it’s hard to see as a daily shooter lens, but if I look at the pictures I’m selecting to push to Flickr of late, the 12mm is actually dominating.

There’s certain kinds of shot you can only get with a wind-angle lens, such as this shot of Cadillac Ranch, just outside Amarillo, Texas:

That’s a wide thing, and to get it all in you need a wide lens. Similarly, the below shot of some stairs in Helsinki, you can’t get far enough back, so you need something wide to fit it all in: 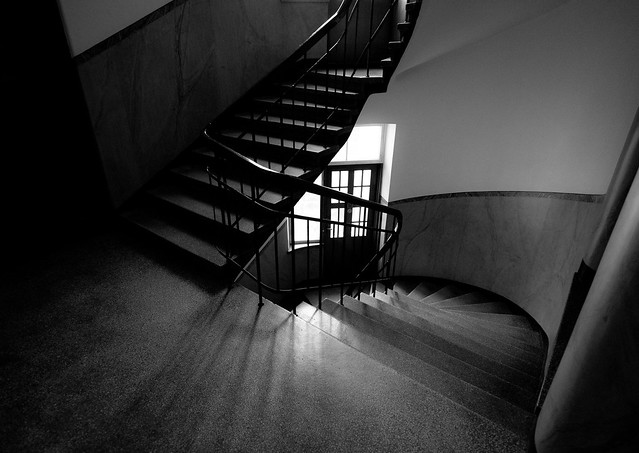 But there’s other shots I’ve taken where at first glance they don’t seem like wide-angle, but in fact are. I love this picture of Laura I took in a coffee shop up in Glasgow, which again shows the use of a wide-angle to not go wide, but to cope with limited room to back up: 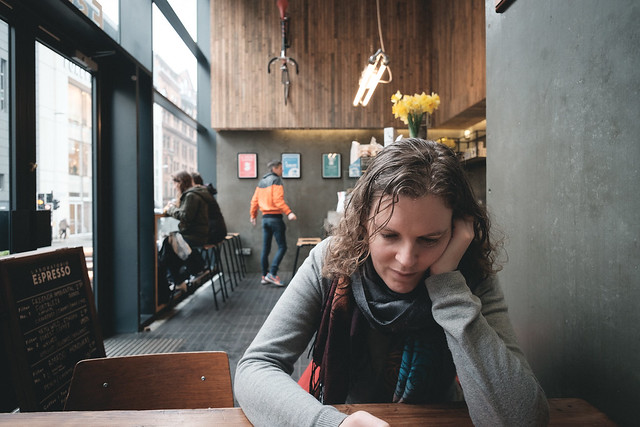 Even on landscape shots that lack a strong foreground element I’ll find I assume it’s my go-to 35mm lens I used but on double checking it’s actually the wide-angle 12mm, like this one of East Mitten in Monument Valley, Arizona: 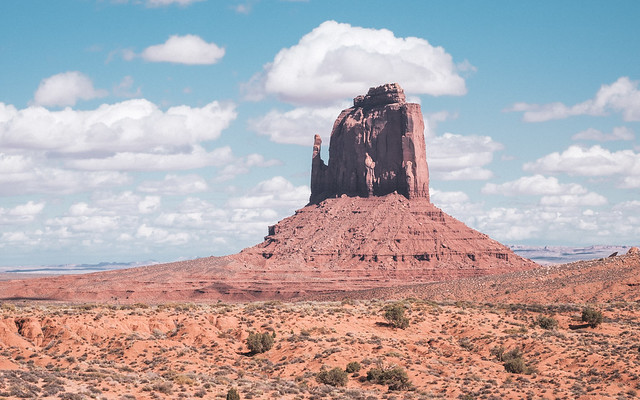 If you want an example of the contrast between the two, here’s two pictures I happened to take near the same spot outside our hotel in Dallas, Texas, at different times of day. Here’s the 12mm view: 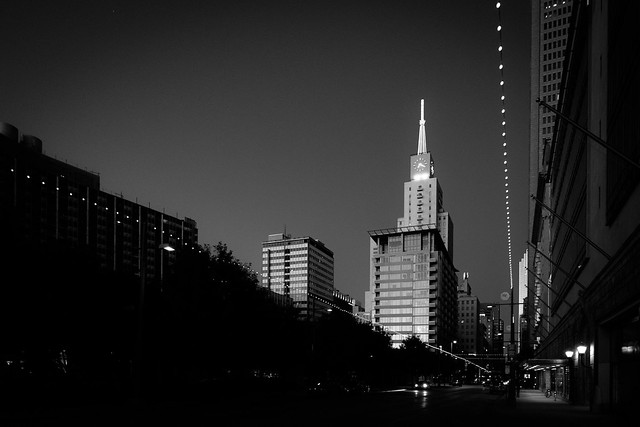 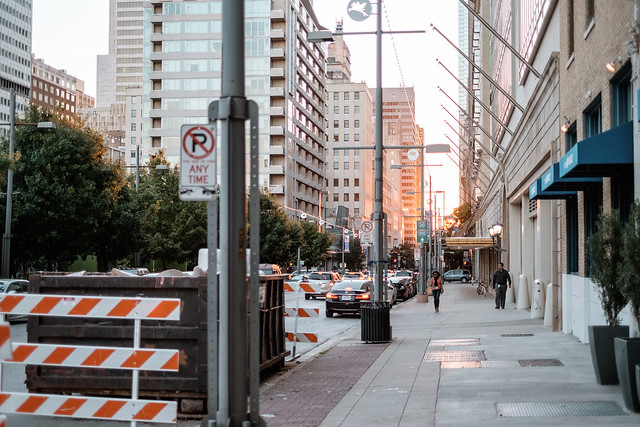 Obviously there’s a very different tone to the two scenes that makes it hard to just concentrate on the focal length changes, but if you look closely you can see the same landmarks in both, despite at first glance them not appearing to be the same place at all.

Thus now I see how much I was actually using the wide-angle it’s little wonder I struggled to leave the house without multiple lenses. The wide-angle lens I have, the Carl Zeiss Touit is not a small lens like the 35mm, I can’t just hide it in a pocket, and it’s not just a lens that I feel I can just use on its own for all situations either, thus ending up feeling I needed a camera bag, and this the camera becoming something that only came out for special occasions.

Hopefully by getting a camera with a fixed lens that sits between my two favourite lenses I’ll be able to get a little of both. Perhaps not – but having a camera with is certainly better than both the 35mm and 12mm lenses being stuck in the cupboard.